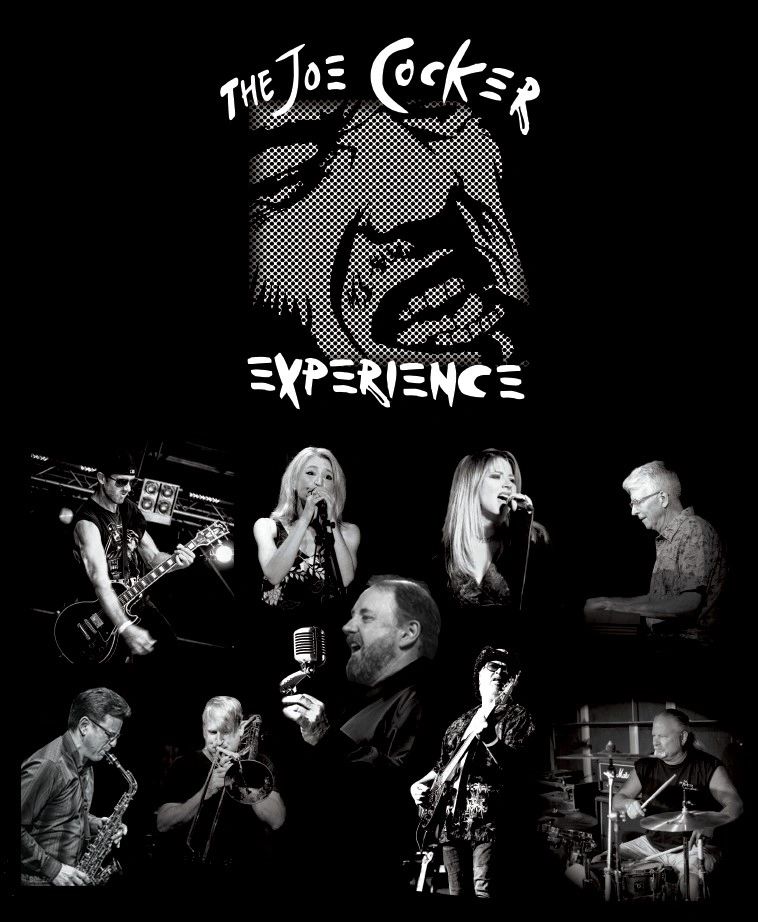 "If you haven't seen The Joe Cocker Experience, you are missing out on one of the more powerful performances of the season!  Larry Brennan's voice is so close to the real Joe Cocker it's uncanny - close your eyes, and you'll swear you're hearing the real deal.  And if that's not enough, the girls are brilliant, powerful, and have attitude - Kristi Kell and Cindy Goebel are a force of their own.  Their voices blend so well with Larry's - it becomes magic!  Daryl Marklinger's guitar playing is nothing short of awe inspiring.  His guitar solo's can cry with melody or drive hard with fury - there is nothing like it - welcome to Woodstock!  On piano, Rick McDonough will play you beautiful melodies or pound out riffs like he's possessed - that's when you get out of his way.  On Hammond Organ and trombone, Earle Gibson needs a lot of elbow room when he's talking to you on trombone - and everybody knows when Earle's talkin' to you on trombone.  When Earle is playing Hammond Organ, he owns the space he's working in and he's a master at it.  Talking about bringing tears to your eyes, you haven't heard anything like Claudio Fantinato on tenor sax.  This guy commands your attention and some!  You have to hear and see this guy play - talk about a real pro!  Rounding out the bottom end and heartbeat of the band, are 2 guys who have played together for over 25 years - it doesn't get any tighter than that.  Ron McKee on bass guitar and Gerry Pool on drums are an entity all on their own.  They drive the pulse and feel of this show like they're on a mission.  You could say, they are drivin' the bus...

We have re-created the band that Joe used on his last tour, but more specifically, the band he used in Cologne, Germany on April 22, 2013.

The music is all Cocker, and sung like only Joe could.  Songs like "With A Little Help From My Friends", "Leave Your Hat On", "The Letter", to name just a few, and including new songs off his latest album "Fire It Up" - which shared the name of his last tour.

"Come and see the show - you will be entertained."

THE MASSEY THEATRE NEW WESTMINSTER, BC

THE MASSEY THEATRE NEW WESTMINSTER, BC

THE PORT THEATRE NANAIMO, BC

THE PORT THEATRE NANAIMO, BC

Do you have questions, want to book a show, or collaborate on a new piece? Reach out, and let's make music happen.